Damian Balassone’s poems have appeared in over 100 publications, most notably in The New York Times, The Australian and The Canberra Times.  Described as a ‘virtuoso’ by legendary Australian poet Les Murray, he is the author of three volumes of poetry. His love of footy stretches back to 1980 when he sat on his father’s shoulders in the outer of Victoria Park, studying the movements of the Macedonian Marvel. 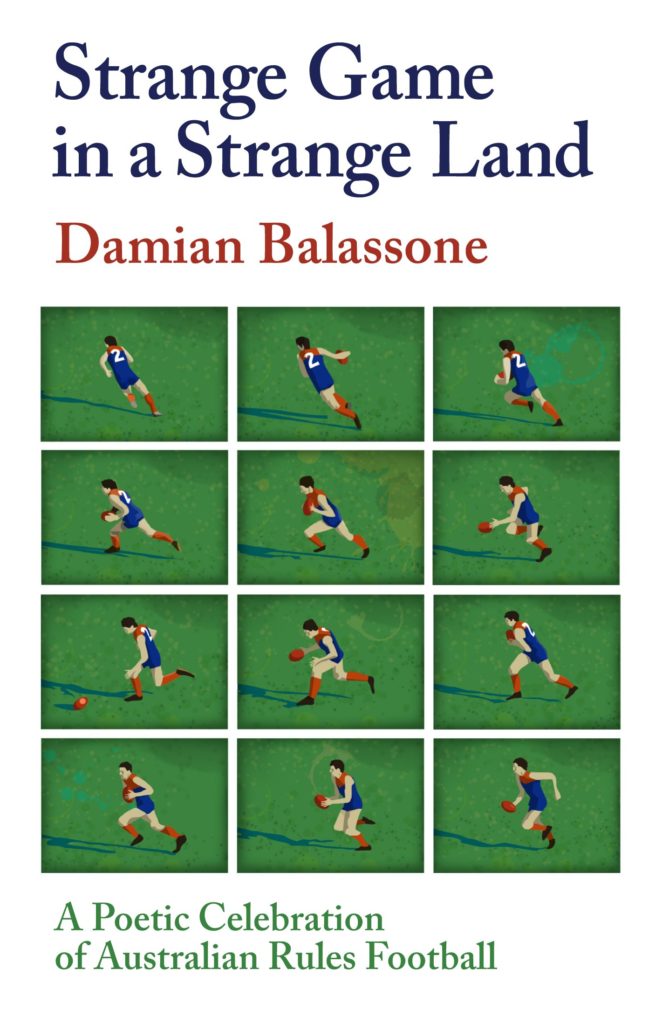 Strange Game in a Strange Land